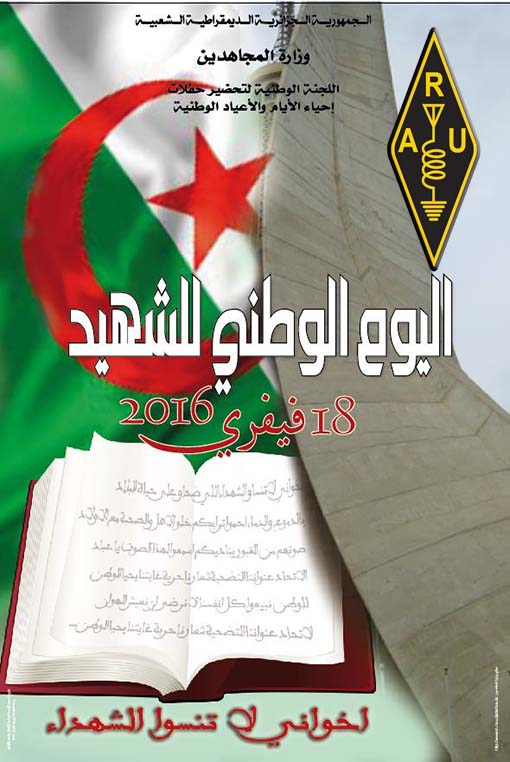 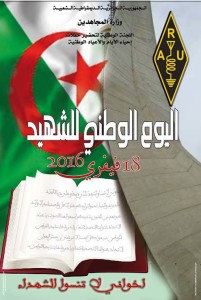 Algerian Radio Union
The (ARU) Is Celebrating The 18th of February of each year starting 2016 Marking the first annual Algerian Day Of The Martyr, To acknowledge our people that was killed in action in the independence of Algeria.
Algerians celebrate this day starting Feb. 18th 1991 To honor the families of the Martyr for what they sacrificed to Algeria.
A one and a half million Algerian Martyrs where killed in action defending Algeria from the occupation starting in 1830 going on through all the uprising against the French occupation and passing through all the other revolutions that was led by Prince AbdelQader , Sheik Abu Omama & Other leaders of Algerian resistance.
There were lots of sacrifices upon the blessed revolt on the first of November 1954 where a coalition of the Algerian Liberation Army and the National Liberation
Front Achieved Liberation for Algeria on July 5th 1962

I am an Avid Amature radio Operator. I am a DX'er By Nature. I Love CW.