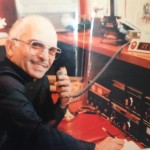 Radio amateurs around the world joined in mourning the death over
the weekend of Jordan’s King Hussein, JY1.  Hussein, 63, died Sunday
morning.  The Middle East’s longest-reigning ruler, he’d been
Jordan’s king for 47 years, taking the throne when he was just a
teenager.  His son, Abdullah, 37, succeeds him.

Hussein had earned a reputation as a catalyst for peace and as a
conciliator in the Middle East.  President Clinton is among the
heads of state from around the globe gathered in Jordan today for
King Hussein’s funeral.

Hussein was a life member of the ARRL.  ARRL Executive Vice
President David Sumner, K1ZZ, called him ”an enthusiastic radio
amateur whose support was invaluable to us in obtaining new amateur
bands at the 1979 World Administrative Radio Conference.”  Sumner
recalled that in May 1979, International Amateur Radio Union
President Noel Eaton, VE3CJ, was invited to Amman to meet with King
Hussein.

”Jordan’s support of the Amateur Service was much in evidence at the
conference that fall, and was a crucial element in our success,”
Sumner said.  The WARC-79 resulted in Amateur Radio’s gaining the
30, 17, and 12-meter bands.  That same year, JY1 was featured in the
film, ”The World of Amateur Radio.”  Hussein regarded his 1983
contact with Owen Garriott, W5LFL, on board the Space Shuttle
Columbia, as a high point in his Amateur Radio activity.

King Hussein also participated in the historic 1995 joint
Israel-Jordan JY74X operation on Mt Nebo, where hams from both
countries participated in a Field Day-like operation.  The King put
in appearances both on the air and in person, much to the delight of
the participants and those waiting to work him and JY74X.

Hussein’s friend Bruce ”Blackie” Blackburn, W4TA/JY9BB, of St
Petersburg, Florida, called him  ”one of the world’s most respected
amateurs” and recounted many stories about King Hussein as a person
and an avid Amateur Radio operator.  ”He was a wonderful guy,
interested in everything and everyone,” he said.

Hussein had been active in recent months from the US while seeking
cancer treatment at Minnesota’s Mayo Clinic.  A QSO with JY1 was
considered by many hams to be both an honor and a privilege.  His
elegant QSL card was prized.  AMSAT Area Coordinator Bruce Paige,
KK5DO, in Houston, worked JY1 while the king was in the US last
summer.  ”That was a very exciting moment for me,” he said.

Pat Kilroy, WD8LAQ, says he enjoyed a three-minute contact on 20
meters with King Hussein in the fall of 1995.  ”JY1 was traveling
aeronautical mobile, enroute to the United Nations.  He insisted on
me addressing him simply as ‘Hussein’,” he said.  ”In one of the
oldest traditions in Amateur Radio, Hussein upheld that this kinship
transverses not only age and nationality, but also between citizen
and head of state.

All members of the Jordanian royal family automatically have Amateur
Radio privileges in Jordan.  Although the new king does not appear
to have a call sign, King Hussein’s widow–the American-born Queen
Noor–is JY1NH.  King Hussein’s brother, the former Crown Prince
Hassan, is JY2HT, while his cousin, Prince Raad, JY2RZ, is chairman
of the Royal Jordan Radio Amateur Society.
NNNN
/EX

ON1CAU HUBERTO WILLEMS كما قال عنه الهاوي البلجيكي
In memory of his Majesty King Hussein I of Jordan.
King Hussein was highly regarded by al the radio amateurs around the world, he was a wonderful guy….

و ايضا الهاوي الروسي
YURI ZARUBA UA9OBA
” I open the memory event , which took place over the past many years , and one thing that accompanied me all these years , was my commitment to the course of the world. We fight, we agree , we are friends , we are at enmity . But we have no right to dictate through our irresponsible actions , restricted thinking through how it should shape the future of our children and their children’s children . Quite destruction. Quite deaths. Quite losses. It is time for all of us together, our people , to take place under the sun , worthy of us all , we – the descendants of the children Abraham. ”
So said King Hussein , JY1, October 23, 1998 .

7 February 1999 King Hussein became Silent Key, thus ending an era that lasted more than 47 years. During his long reign Hussein gained a reputation as a peacemaker and mediator in matters of peace in the Middle East. For him, this journey has been long and difficult, as can be seen from the above quote. But before the end of the path , his reputation remained untarnished , and in no small part due to its consent to a peace treaty with Israel in 1994.

Hussein came to amateur radio in the 1960s . And since all the members of the Jordanian royal family will automatically receive amateur radio privileges. In Jordan. Although the new king , 37 year old son , Abdullah , who inherited the throne, is not licensed , the widow of King Hussein , a native of the United States – Queen Hyp, has callsign JY1NH. Brother Hussein , the former Crown Prince Hassan – JY2HT, and his cousin , Prince Raad , JY2RZ, is chairman of the Royal Society of Jordan amateur radio .

Vice President David Zumner ARRL , K1ZZ, called Hussein ” amateur radio enthusiast , whose support in our efforts to obtain new amateur bands on the WARC conference in 1979 was priceless .” It was after that conference in 1979 hams got WARC bands 30, 17 and 12 meters. And in the same year JY1 was captured in the film “The World of Amateur Radio “, filmed ARRL.

King Hussein took part in a historic joint Jordanian – Israeli expedition JY74X 1995 , the sky , where lovers of the two countries had something like “Field Day .”

Hussein did not overlook and VHF bands. He considered his QSO with Owen Gariottom , W5LFL, on board the Space Shuttle “Columbia” in 1983, the highest point in his amateur radio activity.

JY1 many years was one of the most eagerly sought correspondents on any band . During his delicate diplomatic missions around the world is not unusual to hear , as King Hussein suddenly appeared on a repeater in order to mingle with the local fans . And when he was at home , JY1 often found time for many QSO. Simply put , JY1 was available , and amateur radio has become an important part of his life .

Voice , revered by amateurs around the world stopped. King Ibn Talal Alhuseyn died of cancer at age 63 . The man who became the most dolgopravyaschim monarch in the Middle East , was born November 14, 1935 in Amman dynasty rooted to the Prophet Mohammed . His great-grandfather , Sharif Hussein bin Ali of Mecca was the leader of the Arab uprising , supported by Britain against the Ottoman rule in 1916.

But the present state Jordan was created only after the Second World War, when his grandfather , Abdullah became king. July 20, 1951 , King Abdullah was killed by an assassin’s bullet at the entrance to Al-Aqsa Mosque in Jerusalem.

His killer was one of the Palestinian terrorists , malcontents voluntary agreement with Israel, King Abdullah on the division of Palestine. Next to his grandfather , and then stood fifteen Hussein . Official biographers claim that the bullet destined him , was reflected medal at the boy’s chest . This was the first of many subsequent attempts on the life of King Hussein , whom he escaped almost five decades of his reign, Jordan.

And now this low voice , which became such a ” well-known on the amateur bands , silent. As reigning monarch and politician , King Hussein left an indelible mark in modern history. A cameraman – he gave it a radio amateur hobby and movement completely new light.

It is noteworthy that after the story of Pat Kilroy , WD8LAQ, during his three-minute exposure to 20 meters with King Hussein , when he was on an airplane on the way to the UN in autumn 1995 , the king insisted on referring to himself , ” Hussein .” ” In the spirit of one of the oldest traditions of amateur radio – said Hussein – an appeal on behalf should be maintained not only between people of different ages , but also between the ordinary citizen and the head of state . ”

Many short wave who are fortunate enough to establish QSO with JY1, probably remember that exciting moment when introduced sophisticated radio operator … which manifested very cordial man , coincidentally being the king and the figure of the first magnitude in the world politics . His QSL retain fond memories of JY1 – King and hams.

WA2VUY After Qso Sent This Email.
I actually have 2 qsls from JY1. The attached photo (sorry it isn’t better but there is reflection from glass because of the glass on the frame) is of one sent from Jordan. The JY1 is in red silk-like material and the other side had a photo of King Hussein at the operating position . I also saved the stamps from the envelope. I framed everyhting as you see.  I will also send you a photo of the other card which is different.    I was fortunate to

have the QSOs!  Angel WA2VUY And N9ISS Sent This Email
Hi,

I heard you calling CN8KD, and your signal sounds like it needs some work, a bit of a warble going on.

The February event for King Hussein looks like a very worthy project.  I have long been one of his admirers, as a ham, a BMW bike guy, and for his level headed administration of his nation.

Paula- KK4OK & Fred- KK4OW Sent This Email
We are honored to be given the opportunity to help in the recognition of JY1
and his
contributions to our hobby worldwide.

While Fred and myself did not have the honor to have a QSO with him, we had
several friends who
did. W4FRU (now SK) had a very good story he once told us.  He used to speak
with JY1 often and
once he was in QSO and told his XYL (also a ham) to come say hello. She did,
but had no idea
who she was speaking with.  I know Gaby spoke with him many times.

I will post the information on my QRZ page and KK4OW will also.

Maybe we will have the chance for a QSO before too long.

Thank you again and God Bless-

QSL Cards For Both Paula & Fred.

And G4NEY Sent This Email
Name
Jon Jarvis
Comment
Hi Ayman,
Can you make 40m around 7 UTC. Mark ZL1BMW mentioned you in an email to me. I never spoke to King Hussein but have his and Munas QSL cards when I was a SWL. I also have JYAD0 qsl card from 1971.
My wife and I went to Jordan last year and had a lovely time.
73 de Jon
G4NEY